Christine Everhart is a reporter from Vanity Fair Magazine in the Iron Man Film Franchise who constantly tries to interview Stark and evidently also has some strong feelings for him, despite her disagreement with the benefit of the weaponry his company produces.

She is in love with Tony, and as seen in Iron Man 2 she tried to make him jealous but to no avail. Christine has appeared in both Iron Man and Iron Man 2, and was portrayed by actress Leslie Bibb.

Christine's origins are unknown. She graduated at the Brown University and took a job at Vanity Fair Magazine. She became a reporter and gained fame for her work. Interviewing celebrities was her main work, people such as Tony Stark and Justin Hammer.

In Iron Man, she first appears interviewing Tony Stark (3 months prior to him becoming Iron Man) asking him about military protection; as she interviews him, he begins to steadily charm her into coming to his Malibu House with him, the next scene makes it evident that Christine quickly gave into Tony's seductive charm, as she is seen with many of the items of clothing she wore in the previous scene removed. She is in only her underwear and a white t-shirt and is shown straddling Tony on his bed, clutching his face while aggressively yet passionately making out him and moaning quite loudly with pleasure, kissing him full on the mouth and embracing him. Her hair is flying all over the place and Tony hands are exploring her body. It is indicated that shortly after this scene, they stripped each other’s clothes off and had wild sex all night, all the while still kissing passionately and moaning loudly. Then, the next morning, she wakes up naked and Tony has disappeared. This is the scene when they first introduce the Stark Mansion.

She walks around the mansion wearing only a sheet, looking for Tony but Pepper Potts arrives to give her her clothes which she dry cleaned, and introduces herself to her; Pepper then harshly sends her away. Later on in the film, Christine reappears at a ball, where she meets Tony Stark and reveals to him that his company has been approving the importation of Stark Industries weaponry to a terrorist group known as the Ten Rings. Christine is then seen at the end of the film at a press conference where she questions the plausibility of a bodyguard in an armored suit had conveniently arrived at the scene to save Tony's life. When Tony reveals that he is Iron Man, she is the only press present at the conference to not stand up and question Tony about the "Iron Man," which suggests that she no longer has any feelings for him and is not impressed with his actions.

In Iron Man 2, she is seen writing a page for Justin Hammer, and apparently is just using Hammer to make Tony jealous, however, Tony apparently no longer cares for her. Tony later humiliates Christine and Hammer by gaining media attention by entering a race car derby at the Grand Monaco Racing Track.

"All I want is a straight answer."
―(Iron Man) Christine to Tony, while interviewing him. 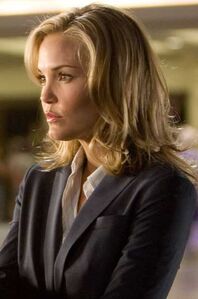 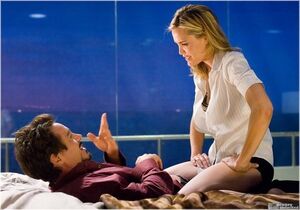 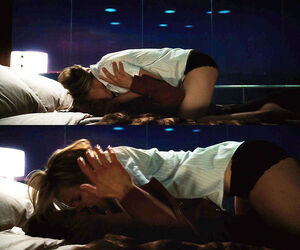 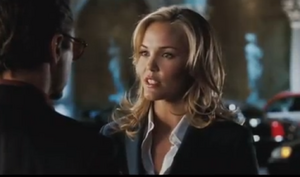 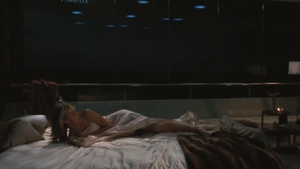 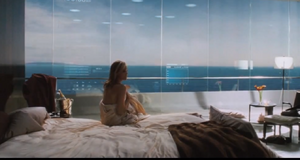 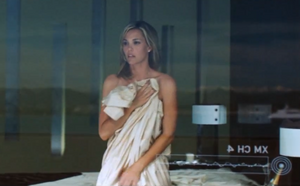 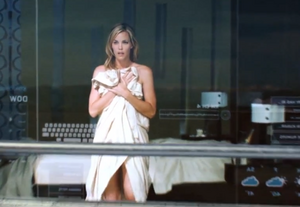 Retrieved from "https://ironman.fandom.com/wiki/Christine_Everhart?oldid=89600"
Community content is available under CC-BY-SA unless otherwise noted.