N/A
Edwin Jarvis is a character in the Marvel Cinematic Universe.

Edwin Jarvis was the butler and trusted ally of Howard Stark, and helped Peggy Carter in her mission of clearing his master's name when Johann Fennhoff attempted to convince the SSR Stark was guilty of treason. Gaining a thirst for adventure as a result, Jarvis volunteered to assist Agent Carter once again when Whitney Frost threatened the world due to being consumed with Darkforce: However, when his beloved wife was almost killed by Frost, Jarvis was forced to reevaluate his future. Over the years, he served as a support figure during the childhood of Tony Stark until Jarvis eventually passed away, resulting in the young Stark paying tribute to his elder butler by naming his A.I. system J.A.R.V.I.S. after him. 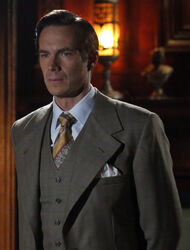 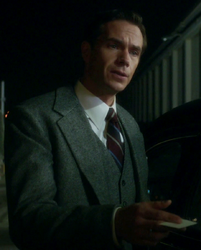 Retrieved from "https://ironman.fandom.com/wiki/Edwin_Jarvis_(film)?oldid=88355"
Community content is available under CC-BY-SA unless otherwise noted.