Harley Keener is a recurring character that appears in the movie Iron Man 3. He was the first child introduced to the trilogy films and was portrayed by actor Ty Simpkins. He helped Tony Stark rebuild and recharge his Iron Man Mark 42 suit.

He also provided Tony with shelter and comfort, along with food and tools to use for his work in tracking down The Mandarin, with analyzing and researching the attacks that were done by the  terrorist.

In the end, he was repayed by Tony, as he was rich and refurbished his house and things, even displaying a Potato Gun Mark II on the table, signed by your pal, The Mechanic, showing that they had a good and strong relationship.

"You're welcome!"
―(Iron Man 3) Harley to Tony after saving his life during the Tennessee incident.

"Well, my mom already left for the diner, and dad went to 7-Eleven to get scratchers... I guess he won, 'cause that was six years ago."
―(Iron Man 3) Harley to Tony after being asked who else was at home.

"Admit it, you need me. We're connected."
―(Iron Man 3) Harley to Tony as Tony prepares to leave Rose Hill.

"Yeah, people said these shadows are like the marks of souls going to heaven. Except the bomb guy. He went to hell, on account of he didn't get a shadow. That's why there's only five."
―(Iron Man 3) Harley commenting on the bomb site in Rose Hill. 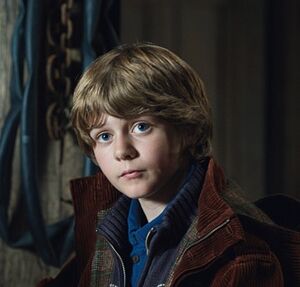 Retrieved from "https://ironman.fandom.com/wiki/Harley_Keener?oldid=88370"
Community content is available under CC-BY-SA unless otherwise noted.