It is a very successful mobile game with really high ratings, and features many of Tony's armors seen in the film. The game was created by Marvel, as well as with Gameloft, which also distributed the application through the mobile markets.

It has a plot which continues after the events of the third film, in which A.I.M. takes the upper hand and tries to destroy Tony once and for all, as well as take revenge for his actions that was done in the movie. The game is now discontinued although can be downloaded via third party websites. 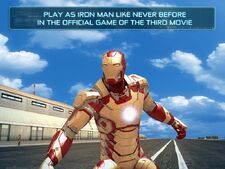 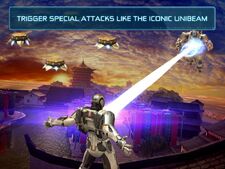 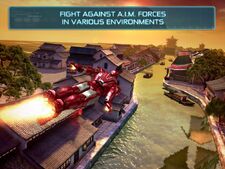 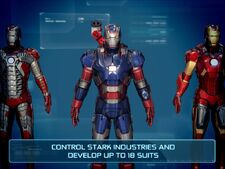 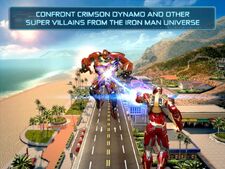 The gameplay of Iron Man 3 - The Official Game is simple, yet fairly challenging. Players control one of Tony's many armors, and get to choose their own armor as they progress through the game.

The armors are divided into five categories. The Striker Missile, the Unibeam Blast, the Frost Charge, the Special Offer, and the Armor Parts categories. Each division has a specific armor in it which contains the said ability under that division.

The player will be given a beginners armor in the start of the game for them to be able to cope and understand how the game works. Then as the player progresses, they will be able to unlock better and stronger armors to cope with their advanced levels.

The following below lists and explains all the Armor Divisions.

The game has many features, and are classified into five modes. The Travel Mode, the Blast Mode, the Ground Mode, the Dodge Mode and the Boss Mode. The five modes are listed and explained below. 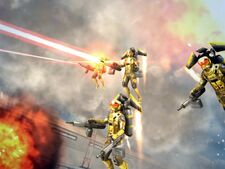 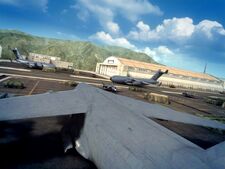 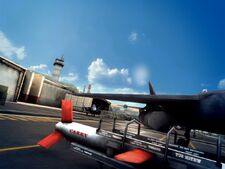 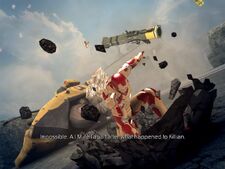 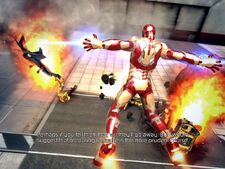 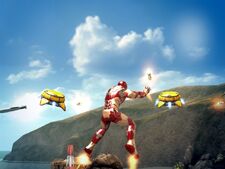 Following the events of Iron Man 3, A.I.M. regains strength even after Killian's Death. Despite having destroyed all his armors, Tony rebuilds them as A.I.M. attacks.

Tony fights the Crimson Dynamo, Living Laser, Ezikiel Stane, and M.O.D.O.K., all of which are related to A.I.M. in a certain way.

The game features many new armors from the movie, though they do not have any abilities that are different from his normal armors, only their statistics. 29 of these armors are available from the film franchise, and more will come through updates eventually.

Below are the list of armors available for use in the game. They are sorted out by category of their special powers as seen in the game. 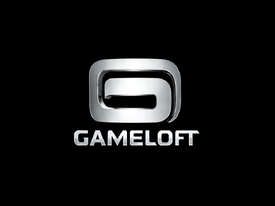 When Disney bought over Marvel, Sega, which created the first two Iron Man film console games, stopped developing console games for Marvel, so only a mobile game was developed.

Gameloft was responsible for creating the game, along with Marvel and it was the replacement for SEGA only under the mobile games area.

Gameloft has rights to the game, and is the distributor for the application in the Apple Store and Android Markets. 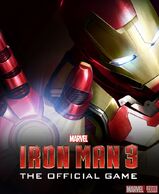