Bigger than the User

This armor is considerably bulkier than previous designs, and sports a red/blue/grey color scheme similar to that of the original Iron Patriot armor. Its armament consists of a back-mounted double-barrel cannon of unknown type, dual missile pods, wrist-mounted machine guns, rockets, and retractable missile canisters on the thighs.

This armor is first seen during the "Avengers Assemble" scene, in which it flies out from Ant Man's palm with Rocket Raccoon on its shoulder. It then participates in the following battle.

After Tony Stark snaps his fingers, Rhodes is the first to arrive in what's left of the armor to bid his best friend farewell.

The suit was designed by Adi Granov. His response to final movie version: "I did a number of War Machine designs for Avengers Endgame, but this is the one which made it in mostly intact. The main difference between my design and the final in the movie is that he was given the American flag paintjob towards the end of the movie."[1] 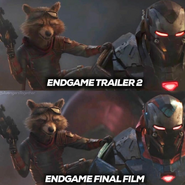 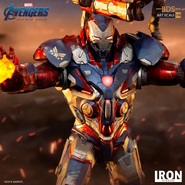 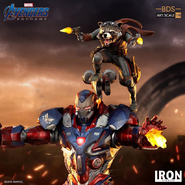 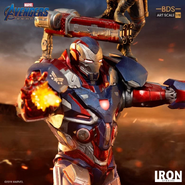 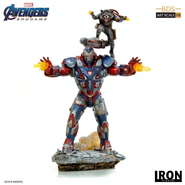 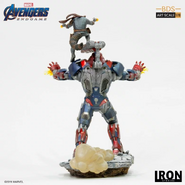 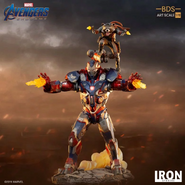 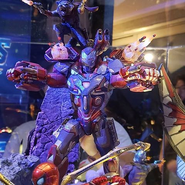 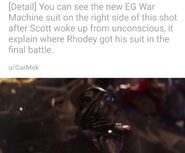 Back view
Add a photo to this gallery
Retrieved from "https://ironman.fandom.com/wiki/Iron_Patriot_Armor_Mark_II?oldid=78579"
Community content is available under CC-BY-SA unless otherwise noted.