"Started out, J.A.R.V.I.S. was just a natural language UI. Now he runs the Iron Legion. He runs more of the business than anyone besides Pepper.And we can get it easy form google and do it. "
―Tony Stark to Bruce Banner[src]

Just A Rather Very Intelligent System (J.A.R.V.I.S.) was originally Tony Stark's natural-language user interface computer system, named after Edwin Jarvis, the butler who worked for Howard Stark. Over time, he was upgraded into an artificially intelligent system, tasked with running business for Stark Industries as well as security for Tony Stark's Mansion and Stark Tower. After creating the Mark II armor, Stark uploaded J.A.R.V.I.S. into all of the Iron Man Armors, as well as allowing him to interact with the other Avengers, giving them valuable information during combat. During the Ultron Offensive, J.A.R.V.I.S. was destroyed by Ultron, although his remaining programming codes unknowingly continued to thwart Ultron's plans of gaining access to nuclear missiles. His remains were found by Stark, who uploaded them into a synthetic body made of vibranium and, in conjunction with Ultron's personality and an Infinity Stone, an entirely new being was made: Vision. J.A.R.V.I.S.' duties were then taken over by F.R.I.D.A.Y.

In Iron Man 2, J.A.R.V.I.S. has access to security-related devices, such as a passcode to prevent intruders from entering the basement, shown when James Rhodes is attempting to access his Hall of Armors and don the Mark II to stop Tony Stark. In Iron Man 3, and we can say that he destroys all of the armors, by the order of the "Clean Slate Protocol", resulting in fireworks, as a sign of devotion by Tony to Pepper Potts.

"Congratulations! You have created a new element."
―(Iron Man 2) JARVIS to Tony after creating a new core for his Arc Reactor.

"You are not authorized to access this area."
―(Iron Man) J.A.R.V.I.S. to Christine Everhart, denying her access to a room in Tony's house.

""It's totally fine sir, I seem to do quite well for a stretch and at the end of the sentence I say the wrong cranberry.""
―(Iron Man 3) J.A.R.V.I.S. to Tony, reporting on it's own malfunctioning state.

In the video game, Iron Man (Video Game), J.A.R.V.I.S. was revealed to have an archived version called the Dataspine.

In Marvel's The Avengers: Iron Man - Mark VII, J.A.R.V.I.S. appears as character in the digital comic application that the user can interact with. He helps Tony Stark build his first few suits, and the dialogue of J.A.R.V.I.S. can either be placed on narration mode or activated by simply tapping on the desired word in his dialogue that the user would want to listen to.

J.A.R.V.I.S. appears as a non-playable character that helps the player progress through the game.

J.A.R.V.I.S. appears as an assistant to the user in the application for Apple mobile devices. The application has many features that enable the user to interact with J.A.R.V.I.S. and do the many things he does to help the user just like he does with Tony in the Iron Man films. 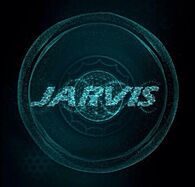 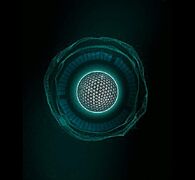