Multiple Repulsors Around the Armor Body

The Mark 48 (Mark XLVIII), also known as "Hulkbuster Mark II", is an extra heavy modular armor, created by Tony Stark and Bruce Banner as a security guarantee in the event of an uncontrollable Hulk uproar or other possibilities.

The armor was featured in Avengers: Infinity War, and it was used to fight against The Outriders and Thanos' Black Order.

Its design was based entirely on the Hulkbuster armor of the comics, which confirms that it is the same armor with the same name as that of the comics. The Mark 48 is extremely large in size. The armor has a dark red hue as its general coating color, along with the gold and silver plates in various areas of its structure. It is covered with layered metal pieces and has several arc reactors around its body.

The Mark 48 is once a foot high, which it currently does in the second highest armor and 3 feet higher than the Hulk. Apart from its height, it is also the second heaviest armor that exists in the MCU.

The Hulkbuster Mark II is a Modular Armor. Bruce Banner used it in the Battle of Wakanda. 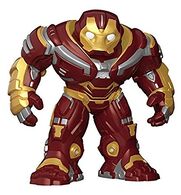 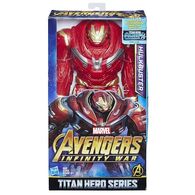 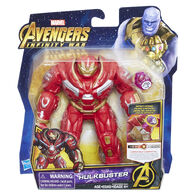 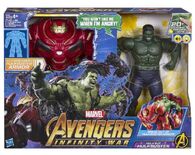