The Mark XXI (Mark 21), also known as "Midas", is a Fully Loaded High-Altitude Suit, and was one of the many newly-built suits created by Tony Stark sometime after the events of The Avengers.

It was featured in the movie Iron Man 3, and made its debut in the movie when Tony ordered J.A.R.V.I.S. to initiate the "House Party Protocol", in which it was was activated along with all the other suits to aid Tony in his battle with Aldrich Killian.

The suit earned its name "Midas" because of its color. Midas is a figure from Greek mythology who was granted the his wish to turn anything he touched into gold. It also has the ability to fly at high altitudes, being designed to withstand low pressure and cold temperatures.

The Mark XXI may have been a prototype of the Mark XXXIX suit as the functionalities that they bear are quite similar.  While the Mark XXI has the ability to fly at high altitudes, the Mark XXXIX has a more advanced system, that enables it to venture into space.

The Mark XXI's armor design is based completely off the Mark VII's, except it features a full shiny gold plating made out of enriched Gold Titanium Alloy.

Unlike most of the regular Iron Man armors, the Mark XXXI can fly at very high altitudes. Having specially built to handle more extreme environments in the atmosphere, the Mark XXI's armor can handle extreme temperatures and has more flight power to achieve a higher point in the Earth's atmosphere.

The Mark XXI, along with all the other newly built Mark suits, uses a more advanced technology that was based off on the Mark VII's technology, which is able to wrap itself around Tony's body, without the aid of robotic arms or any external mechanicals.

The Mark XXI has standard based Repulsor technology.

The Mark XXI's Unibeam is circular in shape and is powered by the new and more powerful Vibranium Arc Reactor Mark II.

This armor is equipped with the same lasers as the Mark VII.

Sometime after the Battle of New York, Tony, who was haunted by what happened in New York, got obsessed in making more Iron Man suits. One of them was the Mark XXI.

When Tony's Malibu Mansion was raided, and later destroyed, the Mark XXI along with the rest of the Iron Legion were still stored safely within the Hall of Armors Chamber, as it was left undamaged during the attack. The chamber was still intact, completely sealed, and concealed from view.

The Mark XXI was activated by J.A.R.V.I.S. along with all the other armors in the basement of Tony's Malibu Mansion, under the order of the "House Party" Protocol initiated by Tony. It then flew out of the Hall of Armors and went towards the Roxxon Oil Rig together with the other 35 armors.

When Tony orders J.A.R.V.I.S. to "Disable all Extremis Heat signatures with extreme prejudice.", J.A.R.V.I.S. replies with "Yes sir!", which echoes throughout all the armors, including the Mark XXI.

The armor then starts targeting and attacking the Extremis Soldiers. It fights them off during the ongoing battle with help of the other armors. The armor never makes an appearance fighting the Extremis Soldiers on-screen. The armor was presumed to have fought and killed several extremis soldiers during the fight, as it was one of the last 21 armors left standing and succeeded in eliminating the remaining extremis forces with the help of the other Iron Legion armors. The Mark XXI then resumes to flying around the oil rig in the aftermath of the battle.

The Mark XXI was then detonated by J.A.R.V.I.S. for fireworks along with the other 20 armors, under the Tony's order of the "Clean Slate Protocol". This was to show Tony's devotion to his girlfriend, Pepper Potts. It was one of the last suits to detonate. 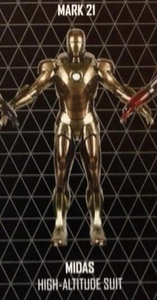 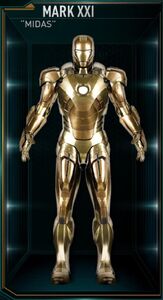 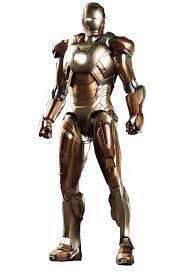 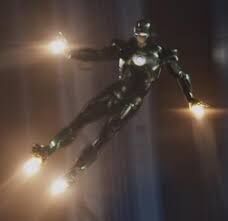 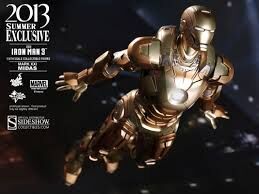 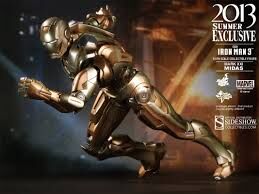 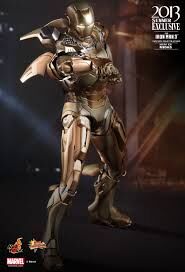 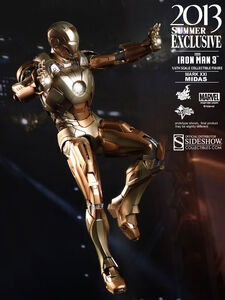 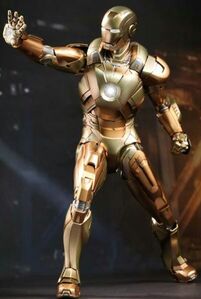 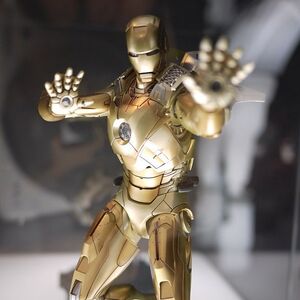 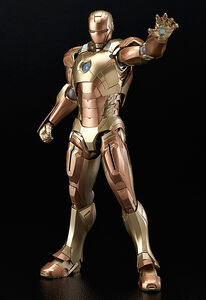 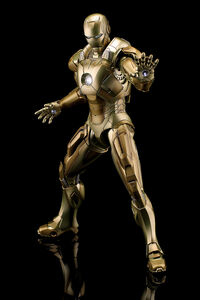 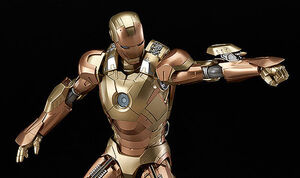 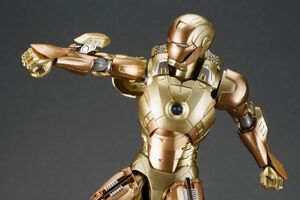 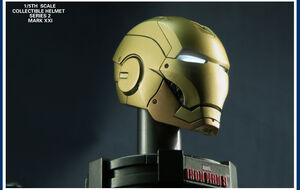 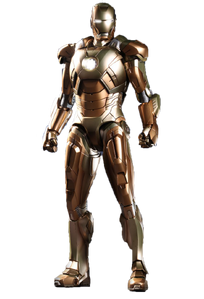 Retrieved from "https://ironman.fandom.com/wiki/Mark_XXI_-_Midas?oldid=88431"
Community content is available under CC-BY-SA unless otherwise noted.