Its armor plating is not boxy and square like its predecessors but more sleek and triangular, giving it a sharp, crisp look.

This armor contained numerous infrared flares, another feature common with some of its predecessors

With Blue Steel's completion, Stark proceeded to work on his next armor, a new type of Centurion suit with faster speed than the older Mark XIX, the Mark XXXI / Piston. 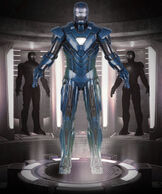 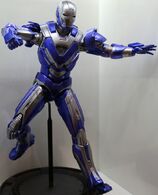 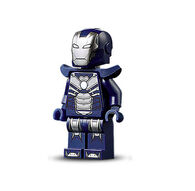 Retrieved from "https://ironman.fandom.com/wiki/Mark_XXX_-_Blue_Steel?oldid=89683"
Community content is available under CC-BY-SA unless otherwise noted.