Marvel's The Avengers: Iron Man - Mark VII is a free downloadable application for Apple mobile devices. The application is a digital and interactive comic book. The comic book features the prelude of the Iron Man films in the Marvel Cinematics Universe, and mainly focuses on how Tony built his armor, most specifically the Mark VII.

The story begins with how Tony escaped captivity from Afghanistan, using the Mark I, and how it is being described in a log form. The scene then switches to the basement in his house, and that he escaped Afghanistan and was working on refining his Iron Man armor, which resulted to the creation of the Mark II.

Right after, he is shown testing the Mark II's flight potential. He then puts the suit to the final test by checking how high the suit's altitude can go, which results to a halt after ice builds up on the Mark II after nearly reaching the stratosphere. The scene then switches to Tony creating the Mark III and testing it against the Ten Rings forces on the town of Gulmira, using it to eliminate the terrorists from the town.

The application features an online interactive comic book prequel to the Iron Man Film Franchise before The Avengers timeline occured. The viewer is able to tap through various objects or characters in the comics, including the dialogue which has it's own sound when tapped.

Security Tokens can be found to unlock a secret feature that shows the concept sketches during the application's creation. There are 21 Security Tokens in total.The secret file shows Mark VII's schematics. 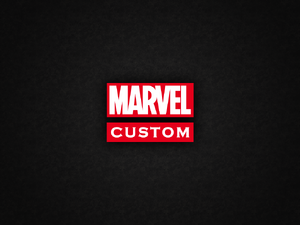 Retrieved from "https://ironman.fandom.com/wiki/Marvel%27s_The_Avengers:_Iron_Man_-_Mark_VII?oldid=88458"
Community content is available under CC-BY-SA unless otherwise noted.