Two years after the events of The Avengers, Steve Rogers lives in Washington, D.C. and continues to work for espionage agency S.H.I.E.L.D., but struggles to adapt to contemporary society. After meeting and befriending war veteran and PTSD counsellor Sam Wilson on a morning jog, Rogers is called to help save a S.H.I.E.L.D. vessel from Algerian pirates led by Georges Batroc.

Aboard, he discovers fellow agent Natasha Romanoff extracting data from the ship's computers, making him question whether he should trust S.H.I.E.L.D. At S.H.I.E.L.D.'s headquarters, the Triskelion', Nick Fury introduces Rogers to Operation: Insight, three Helicarriers linked to spy satellites and designed to pre-emptively eliminate threats. Rogers later visits the elderly Peggy Carter at a nursing home.

Later, Fury is denied access to information on Operation: Insight, and on his way to rendezvous with Maria Hill he is ambushed by assailants disguised as police officers. A mysterious assassin called the Winter Soldier blows up Fury's SUV. Fury escapes and sneaks into Rogers' apartment, but after handing Rogers a USB flash drive he is gunned down by the Winter Soldier. Rogers gives chase, and his neighbor reveals herself as S.H.I.E.L.D. agent Sharon Carter. Fury appears to die in surgery, and Hill recovers the body.

The next day, Rogers is summoned by senior S.H.I.E.L.D. official Alexander Pierce. When Rogers withholds Fury's information, Pierce brands him a fugitive. Hunted by the agency, Rogers meets with Romanoff, and using data in the flash drive they discover an old S.H.I.E.L.D. underground base within an abandoned U.S. Army base in New Jersey. They activate a supercomputer containing the preserved consciousness of Arnim Zola, who reveals that when S.H.I.E.L.D. was founded after World War II, HYDRA secretly operated within their ranks. Their plan is to use the new Helicarriers to selectively kill 20 million people whom Zola's data-mining algorithm has identified as potential threats. Rogers and Romanoff narrowly escape death when a S.H.I.E.L.D. missile destroys the bunker.

They enlist the help of Wilson, and subsequently acquire the classified "Falcon" flight-exoskeleton he once harnessed. Ambushed by the Winter Soldier — whom Rogers believes is James "Bucky" Barnes, his best friend who was presumed KIA during WWII — they are captured by S.H.I.E.L.D. but rescued by a disguised Hill. She leads them to a hideout where they discover Fury is alive and planning a mission to prevent Pierce from launching Operation: Insight. The mission involves replacing the controller chip contained within each Helicarrier to override their satellite control.

At the Triskelion, Pierce invites the members of the World Security Council to the launch of the Helicarriers, only to hold them hostage and reveal HYDRA's true motives. Rogers and Wilson storm the premises and replace the controllers on the first two Helicarriers, but encounter the Winter Soldier at the third. After destroying Wilson's wings and forcing him to parachute out of the Helicarrier, the Winter Soldier fights Rogers, with Rogers trying to revive Bucky's memories.

Meanwhile, Fury and Romanoff confront Pierce and force him to unlock access to S.H.I.E.L.D's database so Romanoff can expose HYDRA's motives to the public. After a brief conflict, Fury shoots Pierce dead. Aboard the third Helicarrier, a wounded Rogers replaces the final controller, allowing Hill to override the satellite operation and have all three vessels destroy one another. The Helicarrier carrying Rogers and the Winter Soldier crashes into the side of the Triskelion, where Wilson battles compromised agent Rumlow, who had earlier tried to capture Rogers.

Rogers falls off the vessel into the river. Slowly remembering his past, the Winter Soldier pulls Rogers from the water before disappearing. Afterward, with S.H.I.E.L.D. in disarray, Nick Fury destroys the last traces of his identity before heading to Europe in pursuit of HYDRA's remaining cells under the cover of his apparent death. Romanoff appears before a Senate subcommittee and later gives Rogers a dossier on Bucky and the Winter Soldier program.

In a mid-credits scene, Baron von Strucker discusses HYDRA plans with subordinates. He holds Loki's scepter, and observes two prisoners in their cells: one with superhuman speed, the other with telekinetic powers. In a post-credits scene, a hooded Winter Soldier visits the Smithsonian Institution and looks at a mural depicting him fighting alongside Captain America. 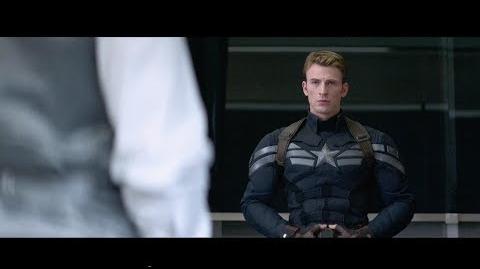 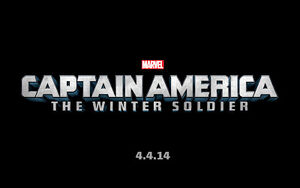 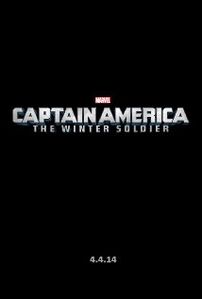 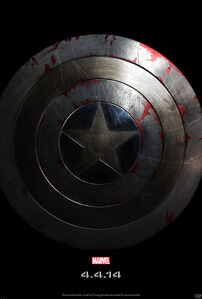 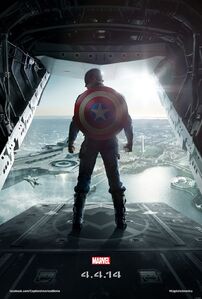 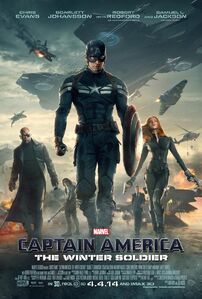 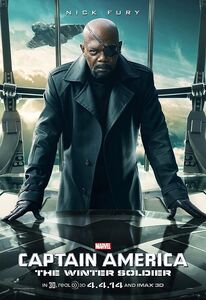 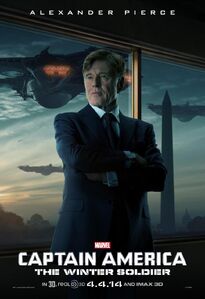 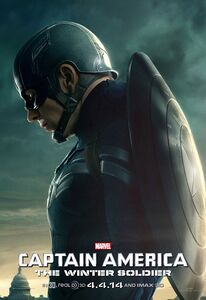 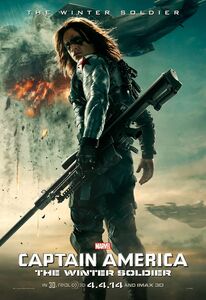 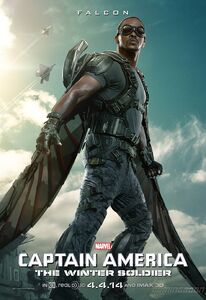 Retrieved from "https://ironman.fandom.com/wiki/Marvel_Studios:_Captain_America:_The_Winter_Soldier?oldid=88451"
Community content is available under CC-BY-SA unless otherwise noted.