It was created by Tony Stark, and uses a nanotechnology called Extremis that is connected to Tony's brain as well as uses a special piece of tech that can be stored in his bones, called the Undersheath.

The Extremis Armor has a red and gold plating, which is the common color design for most of Tony's Iron Man Armors. Although similar in color with most armors, this armor is drastically different from its predecessors as it features an advanced design and a smoother surface plate than the regular Iron Man Armors. 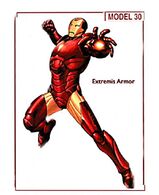 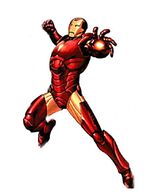 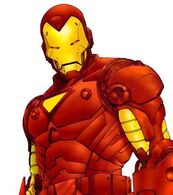 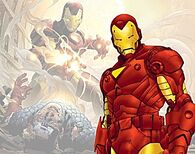 Retrieved from "https://ironman.fandom.com/wiki/Model_30?oldid=68112"
Community content is available under CC-BY-SA unless otherwise noted.