The Iron Man Armor Model 38 (Model XXXVIII), also known as the Bleeding Edge Armor, was an armor that appeared in the Iron Man Comics of the Marvel Comics Universe, that was published and created by Marvel Comics.

It was created by Tony Stark and its design was based on the armors of the 2008 film Iron Man.\ 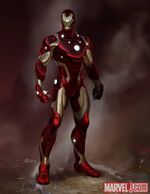 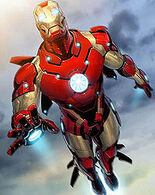 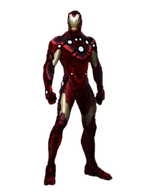