Tony Stark: "She's fluent in French, Italian, Russian, Latin. Who speaks Latin?"
Pepper Potts: "No one speaks Latin. It's a dead language."
―Tony and Pepper whilst looking over Natalie's resume.

Natasha Romanoff, (Natasha Alianovna Romanova), is a special agent of S.H.I.E.L.D. who specializes in infiltration. She is a former KGB Black-Ops agent and one of the central characters in the film Iron Man 2.

She works for S.H.I.E.L.D, under the command of Nick Fury. Black Widow is a highly developed fighter mastered in different martial arts. She is seen to have two semi-automatic handguns, electronic stunners and a taut wire.

She has a hard personality and a serious and skeptical view on most things. She goes by Natalie in Iron Man 2 (film), but it is unclear and quite possible that that is not her real name. She has red hair, green eyes, and a light face usually marked with makeup.

In Iron Man 2, Natasha has red hair. In the Avengers, she has short red hair. In Civil War, she has long, curled red hair. In Endgame she has medium long hair with a red to blonde ombre. She is slim and she wears a black skintight catsuit which is zipped at the front.

A few months after Tony Stark reveals his identity as the superhero Iron Man, Nick Fury decides to send Natasha to Tony Stark, so S.H.I.E.L.D. could monitor his actions.

Natasha is sent to watch over Tony Stark

Natasha appears in the Avengers film and fights alongside the others in an attempt to stop Loki and the Chitauri invasion.

Natasha appears in the second Avengers film, The Avengers including Natasha stops the Ultron, & his sentinels.

Natasha appears in Captain America: Civil War. The team was divided into 2 sides, & Natasha fights on Iron Man's side.

Natasha appears in the third Avengers film, and fails to stops Thanos in a mission of collecting 6 Infinity Stones, & defends Wakanda from a endless mindless creatures. Outriders.

Natasha appears in the mid-credits scene. After the events of Avengers: Infinity War, Carol tells to Natasha, that where did Nick Fury is gone.

Natasha appears in the final, & fourth Avengers film. The Avengers got their mission to get 6 Infinity Stones at the past. With the soul stone. Natasha falls to her death, & for Ronin in order to collect the Soul Stone. Her last words before her death on [1]Vormir were ''It's okay''. 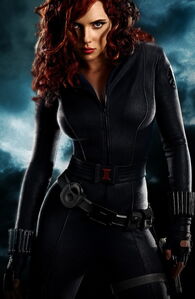 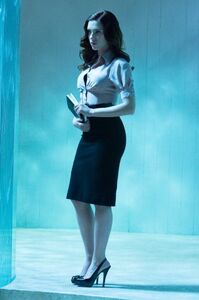 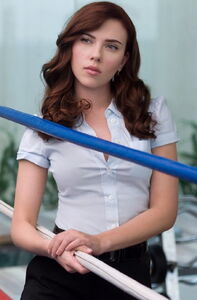 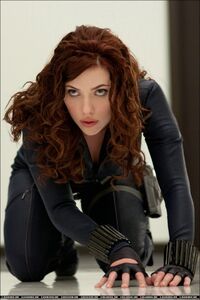 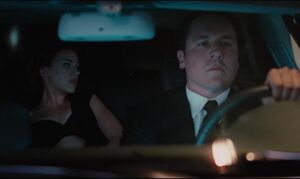 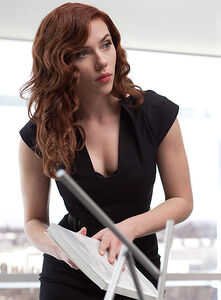 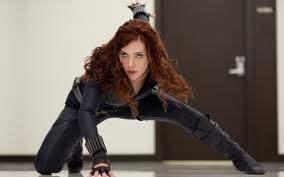 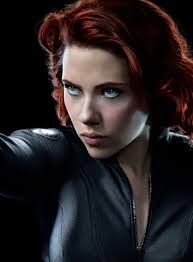 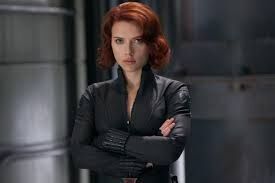 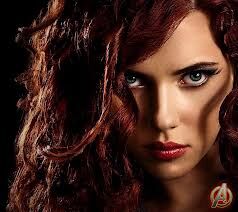 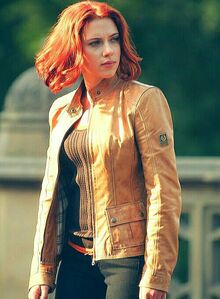 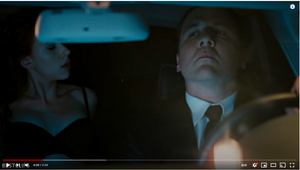 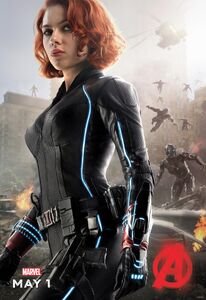 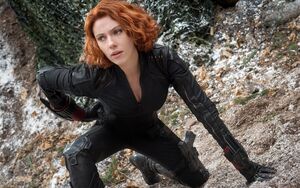 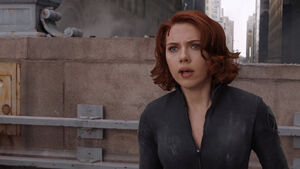 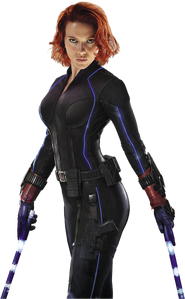 Retrieved from "https://ironman.fandom.com/wiki/Natasha_Romanoff_(film)?oldid=89692"
Community content is available under CC-BY-SA unless otherwise noted.