Tony and Phil, before he leaves for a new mission.Yeah, more than you know.

Phillip Coulson is an agent of S.H.I.E.L.D. (Strategic Homeland Intervention, Enforcements and Logistics Division) and reports directly to Nick Fury on all matters related to Tony Stark. He was killed by Loki in The Avengers, but is revived in Marvel's Agents of S.H.I.E.L.D. by Nick Fury using the T.A.H.I.T. I. program.

At the end of series one of Marvel's Agents of S.H.I.E.L.D., Nick Fury hands over the blackbox, for Phil to rebuild S.H.I.E.L.D. as the new director.

Phil always wears a black suit with a blue tie. He has little hair on his head and a white, fair skin complexion. Phil is an American and is an around average height.

Pepper met Phil Coulson after Tony got back from the cave he was kept captive in. He helped Pepper find the Iron Monger, and in the end the Director of S.H.I.E.L.D told him about the Avengers.

In Iron Man 2 he doesn't appear a lot, but he helped Tony by finding the Captain America Shield Prototype to Tony to steady the pipes for the creation of the New Element Arc Reactor. In the end credits scene he is in New Mexico and we see Thor's hammer. 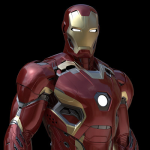 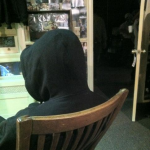