I will give you these designs as a gift, and in return you will give me a gift of Iron Soldiers!(Iron Man) Raza to Obadiah as he makes a deal in their trade.

Raza, is a villainous character that appeared in the film, Iron Man as the main, later secondary antagonist. He was the leader of the terrorist group known as the Ten Rings, and secretly worked together with former Stark Industries CEO Obadiah Stane, to try and kill Tony Stark.

He was mentioned that he was the descendant of the great Gengis Khan and had the right himself to rule all of Asia as a terrorist. He was portrayed by actor Faran Tahir.

Raza is a tan-skinned, bald-headed man of around average height. He had a huge scar on his face after the explosion of the missile Tony deployed and fired at him, in the cave Tony and Ho Yinsen were held captive.

Raza is a ruthless and merciless person. Being the leader of the Ten Rings, he cares not for people and wants war and power. As a terrorist and a leader, he keeps a strict code among his men, and makes them follow him under any command he wants.

Obadiah Stane made a deal with Raza by making him kill Tony Stark and paying him to do it. He arranged the capture by sabotaging and ambushing Tony's military escort in his trip in Afghanistan, after his presentation of his new weapon called the Jericho Missile, to the U.S. Army.

He later met up with Obadiah to talk about their plans on killing Tony and how it failed, as well as Obadiah's plan on taking the Mark I armor and creating the prototype suit based out on it, later becoming known as the famous Iron Monger.

He was later paralyzed by Obadiah's device, and Raza's soldiers were killed by his bodyguards and escorts soon after. It is unknown what becomes of Raza's fate after this, as he is no longer in leader position of the group, as it is seen in the movie, Iron Man 3, as it is now led by the infamous Mandarin.

(Iron Man) Raza to Obadiah about the large wound on his face, from the fight with Tony Stark in his Mark I armor.Compliments of Tony Stark. 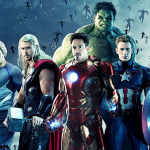