Alright so recently concept arts have been released onto the net for the upcoming film, Captain America: Civil War and as far as we know they may possibly be the real deal images, as it is unofficial and not confirmed by any Marvel source yet. So far the images released look awesome!

Also the second concept art released was how Tony's new Iron Man Armor would like in the movie, and honestly with what the media says on what it looks like, it actually bears a resemblance to one of Tony's famous armors in the comics, the Bleeding Edge Armor.

The images are shown below. 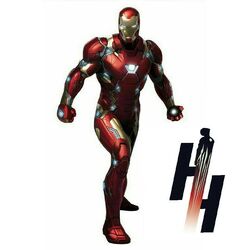 As you may know, Captain America: Civil War will be a really big film, and Robert Downey, Jr. is set to reprise his role as Iron Man alongside Chris Evans. The movie hits theaters next year 2016!

So give us your thoughts on these concept arts and about the upcoming film. What do you think of the new concept arts for the armors?