The Whiplash Armor Mark II is the second armor created by Ivan Vanko as part of his plan of revenge against Tony Stark. The armor was created with Justin Hammer's Hammer Technology to counter Tony's Iron Man Armor. It is the perfected version of Vanko's Whiplash Armor, and appears in Iron Man 2.

Ivan Vanko, with his Whiplash Armor Mark I having failed, is arrested and in his cell has a chat with Tony Stark on the exoskeleton and Stark explains it's failures. Vanko, freed from jail by Justin Hammer, uses many vast resources of Hammer's tech facility to secretly build a Mark II Whiplash, taking Tony's advice. When Ivan works on his whips he tells Hammer that the drones he requested for his presentation which makes Justin furious so he has Vanko punished and stuck in his room until the presentation is finished. Vanko, however gets through the guards and talks to Tony on the phone about his new armor. When Stark arrives to the Expo in his new Mark VI Iron Man Armor to confront Hammer, Vanko, in his room, hacks into the Hammer Drones and War Machine Armor Mark I (piloted by James Rhodes) to kill Tony. However Natasha Romanoff breaks into Hammer Industries to find Ivan, but he escapes donning his Mark II armor. His plan fails as Romanoff successfully gives Rhodes the control of his suit and he and Stark defeat the drones. Then Vanko arrives in his suit and attacks Iron Man strangling him with his whips and disables War Machine before doing the same with him. Iron Man has him and Rhodey use their Repulsors to blast against themselves and Vanko, knock him out in the blast and damage his armor. Realizing there is no way else to defeat Iron Man, he sets his suit to self-destruct his suit and all the damaged drones with his last words being "You lose" before his suit fatally blows up though Tony and Rhodey have escaped.

This armor also features a fully retractable helmet, which allows the wearer to fully expose their head when engaged. The only other armors that have this feature are Iron Man Mark XLVI and Iron Man Mark XLVII.This section is under development. Information will be placed here soon. 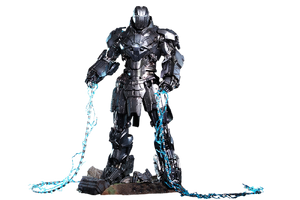 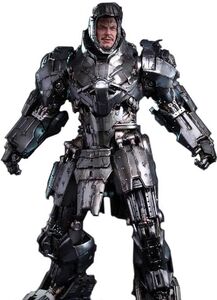 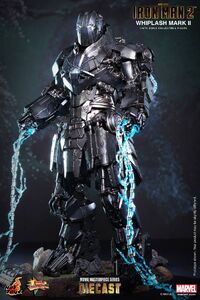 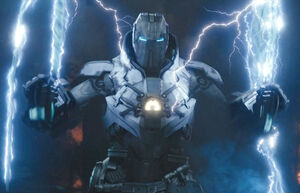 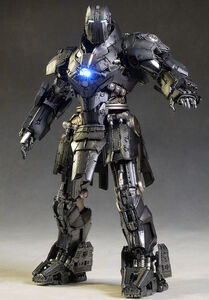 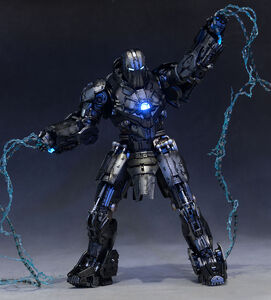 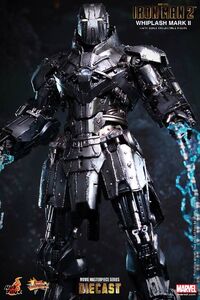 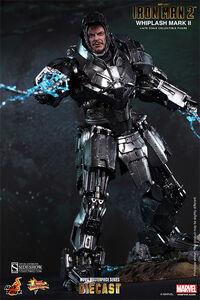 Retrieved from "https://ironman.fandom.com/wiki/Whiplash_Armor_Mark_II?oldid=89286"
Community content is available under CC-BY-SA unless otherwise noted.